That every child who enters the gate of Camp New Hope will experience a life changing moment. That he or she will find a new appreciation for nature and the peace and solitude that is found within it. That they will have a renewed hope for the future, knowing miracles happen everyday. That when they leave they will be revived spiritually, mentally, and physically. Most importantly, that they will realize just how special they are, because we will never be the same having been touched by their lives.

In 1994, Mark and Will Adkins established Waterfront Group, a company that buys and sells land to individuals looking for just the right place to build a home. A few years later, they purchased 160 acres in the mountains of North Carolina on the New River near West Jefferson. At that time, the land was known as High Valley. The property also boasted a five-bedroom hunting lodge built in the early 1950s. The lodge was surrounded by beautiful mountains and a high grassy knoll overlooking the winding New River. Valuing the unique beauty of this property, they made the decision not to develop or sell it.

In February 2006, Mark was busy working on the Adkins Pet Center, a 15,000 square-foot facility consisting of a nonprofit no-kill animal shelter. At the same time, Will was about to embark on another endeavor. He felt that, because of its unique beauty, the land known as High Valley must become a special place for some very special people. So he decided to renovate the lodge and provide a place where families with children who have life-threatening diseases could go for a week of much-needed relaxation. Knowing that with any illness there are also medical expenses, the brothers decided they would lift the financial burden of a vacation, and decided to provide the lodge and food for the week at no charge. The work began immediately, with the help of many volunteers, and was funded totally by the brothers. Camp New Hope opened to its first family in just 14 weeks.

During the short season of the first year, the lodge provided nine families with a week’s vacation. Since that time we host an average of 42 families each year.

In 2007, more renovations came as we glassed in the 30-foot long front porch. We also added a 20′x50′ stone patio and grill, picnic areas, and a waterwheel with a swing. Thanks to funding from Waterfront Group, Camp New Hope opened for a second season and is still going strong. Because no-charge facilities are rare and in high demand, we will continue to search to find that unique property that one day will become the second Camp New Hope.

In 2016, we renovated Mackinley’s Playhouse and it is now know as MacKinley’s Playhouse/Lodge. It consist of 6 bedrooms, a game room with a video games, and board games with exercise equipment, and an area where you can watch a movie from our huge selections, or curl up and  read and book or just relax with family. One large handicapped bathroom with 3 different sizes of shower chairs, one regular bathroom, Dining area and kitchen with a fully stocked pantry with your normal staples.

When asked why he chose to take on the expense of the camp, Will Adkins replied, “Just look at the smiles on the children’s faces and you will know why.” 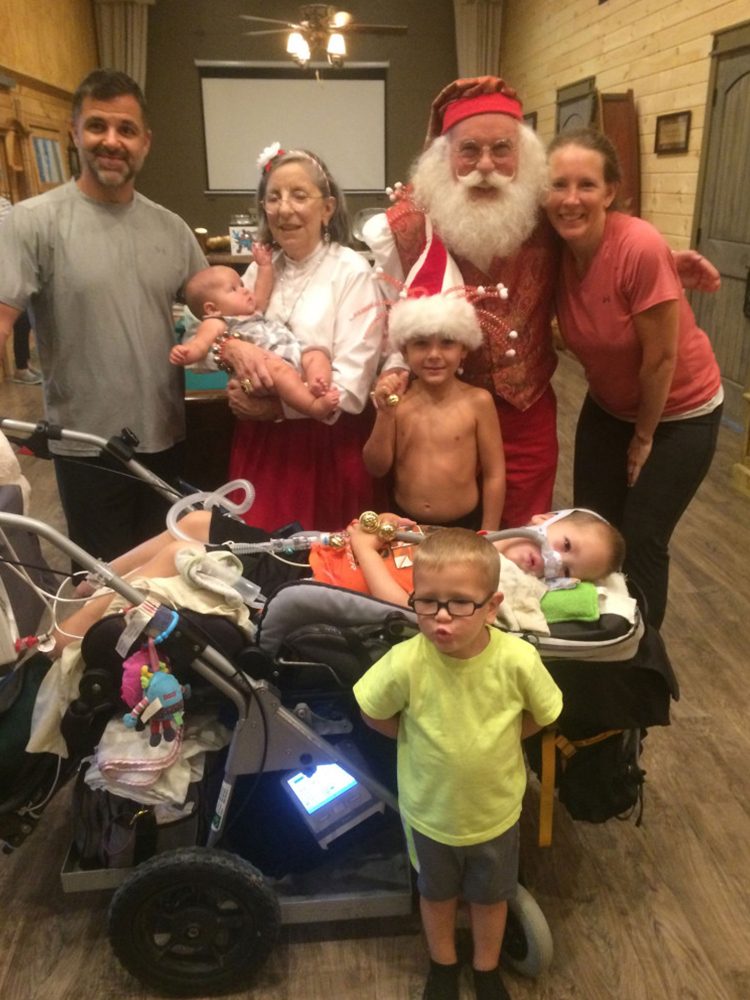 Your kitchen will be stocked with your favorite foods. Sit and relax with your family by the huge stone fireplace watching your favorite TV program, DVD or movie. Play an exciting Nintendo Game with the kids, work a puzzle, play a family board game, or if you’re so inclined, curl up on the huge L-shaped sofa with your favorite book ’till time to turn in. In the morning, when you wake from a good night’s sleep, take a look from the porch to see deer, wild turkey, or a flock of geese down beside the river. The view is peaceful, yet breathtaking! We will provide dinner at night and there are a few grocery stores close by where you can purchase items that your family may want.

You may choose from a variety of sports equipment including:

We provide the rest. Our goal is to provide your family with a week of fun and relaxation while providing priceless memories for the future. With so many exciting options, you don’t have to leave the camp all week. It’s only a short “hike” from Glendale Springs and West Jefferson, home of The Churches of the Frescoes (created by artist Ben Long) and the Ashe County Cheese factory. There you will be met by friendly smiles from the local merchants.

With a variety of daytime enjoyment, the choice is yours to decide how to spend your days here. Remember, you have the entire camp to yourselves to enjoy at your leisure. At night, when the stars are out, how about a cozy campfire by the river’s edge roasting marshmallows or telling funny stories as you sit in your favorite Adirondack Chair.

Help us continue to change and inspire the lives of our campers.